Darren and Heather Turner both grew up in Georgia, and met in 1999 when Darren was working in campus ministry at the University of Georgia. (Darren is still a Bulldog at heart.) Heather was working as a recruiter for an organization that sends English teachers overseas, and Darren had just returned from a year teaching English in Mongolia when they met. Married that same year, they served another six years together in campus ministry and added three children to their family.

Through the husband of a friend of Heather’s, Darren learned that opportunities existed for service as a military chaplain. In 2006, Darren completed seminary, was commissioned in the Army, and deployed almost immediately. Their family’s experiences from this timeframe are the basis of the new movie INDIVISIBLE. Darren, who is on active duty, and Heather are passionate about serving military families, marriage counseling, and leading marriage retreats. The Turners currently live in North Carolina with their children Elie, Samuel, and Meribeth.

A NOTE FROM DARREN AND HEATHER TURNER 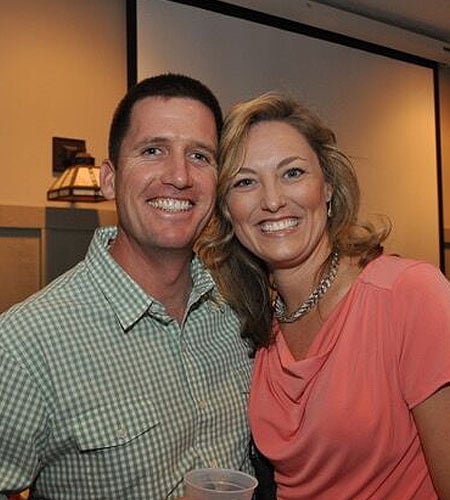 Thanks for your interest in INDIVISIBLE. We are honored and humbled that our story has become this powerful new movie that celebrates marriage, military service, faith, family, sacrifice, and forgiveness.

Our hope is that after you see INDIVISIBLE, you will engage in the lives of the men and women of our Armed Forces. Our active duty and prior service military men and women sometimes need a person to come alongside to care for, to listen to, or just to say “thanks” to them. You could be that person. Will you consider sharing your life with the men and women who have stood ready to serve, protect, and fight for your freedom?

We encourage you to explore the organizations, initiatives, and ministries that support the military in your local community and nationally that do great things for our military men and women and their families. Below are some we personally recommend you get to know. Whether it’s with your time, your resources, or both, you will be blessed as you support and befriend current and former members of our Armed Forces. You need them, and they need you.

“Greater love has no one than this, that he lay down his life for his friends.” John 15:13

In addition to the official partners, Darren and Heather Turner encourage you to check out these organizations that support active-duty and prior-service military members and their families.

The Rick Herrema Foundation, based at Fort Bragg, N.C., strengthens relationships and builds community for the military family through fun, quality activities.

Operation Heal Our Patriots is a ministry of Samaritan’s Purse that gives wounded veterans and their spouses the opportunity for spiritual refreshment, physical renewal, and marriage enrichment.

In addition, many communities across America have local chapters of veteran organizations such as VFW, American Legion, DAV, and more. Find one near you and support our veterans.